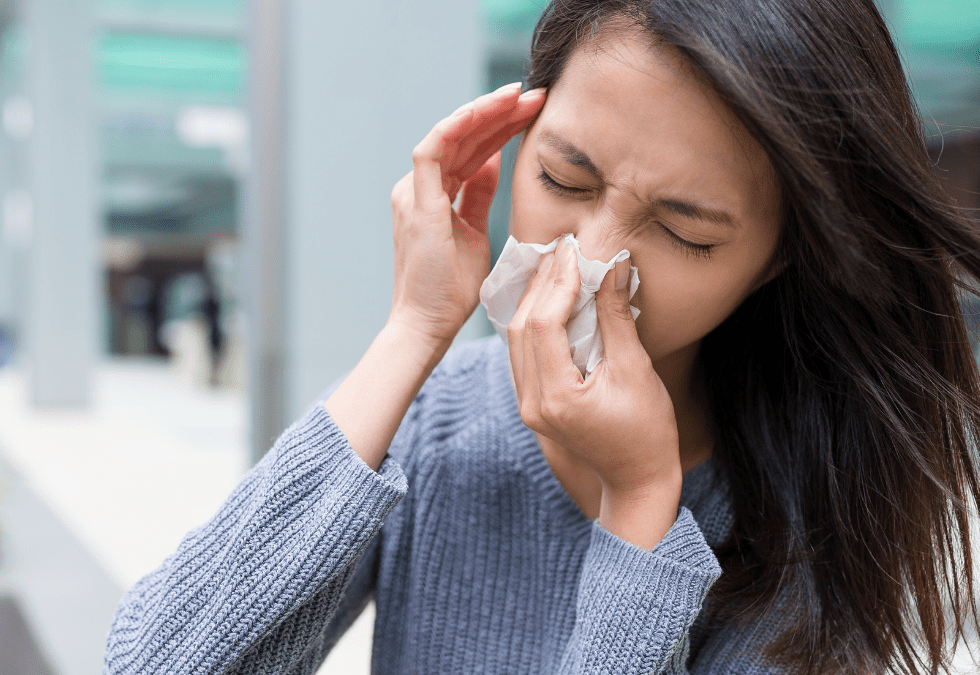 Susan is a 35-year-old female who lives in Naples, Florida. She loves to garden, enjoys long walks on the beach with her pet Labrador Smittie and for some weird reason goes running for about 4 miles every morning. Ever since she can remember she has always had a runny / stuffy nose, sneezes several times throughout the day, gets a tickle in her throat and eyes water even when she is not crying. However, for the past few weeks, she has noticed that these symptoms have increased in intensity. She has also noticed this persistent dry cough that seems to worsen at night when she lies down.

She can recall when she was a little girl her mother experiencing similar symptoms and that her younger sister was diagnosed with asthma at a very young age. However, Susan just thought, this is me, and never paid much attention to her symptoms, even though they are bothersome. Well, the other night was rough ! She sneezed so much she thought her nose was going to fall off, her nose was so runny she wondered where all that liquid was coming from and her eyes itched so intensely , she seriously thought about pouring some cold water on them. Also, she developed these dark circles under eyes that did not improve even with the use of concealer. The problem is Susan never really had a primary care clinician because she is self-employed and has no insurance. However, she recently heard about a local direct primary care clinic, Compassion Primary Care, and decided to take advantage of their non-member services because she wonders if she possibly has a sinus infection or worse, constant runny nositis (not a
real thing )!

Her appointment was scheduled with Dr. Roberts, nurse practitioner, who after reviewing her history and performing an examination diagnosed Susan with allergic rhinitis. Dr. Roberts explained that with her symptoms and family history, she is surprised that Susan was not diagnosed earlier! Susan is started on a nasal and oral non-sedating antihistamine, and glucocorticoid nasal spray. Susan appears to have symptoms when she is inside and outside of her home, so other things such as wearing a mask when gardening, going to the gym to exercise on days when the pollen count is high, keeping windows up in the car while driving and down while home were also suggested. In addition, rinsing the nose with a saline (salt water) solution was recommended. Lastly, encouraging Susan to shower once she comes inside from outdoor activities to remove any potential allergen exposure was advised. Dr. Roberts would call her in 3 days to evaluate if her symptoms were improving. Dr. Roberts also discussed with Susan the (a) importance of trying to identify possible allergens and triggers (i.e., where she was when symptoms started, what she was doing, was she inside or outside) (b) possibility of allergy testing to determine specific allergens that are causing her  symptoms, if she did not experience improvement with the above treatment.

No comments to show.
Give Us A Call